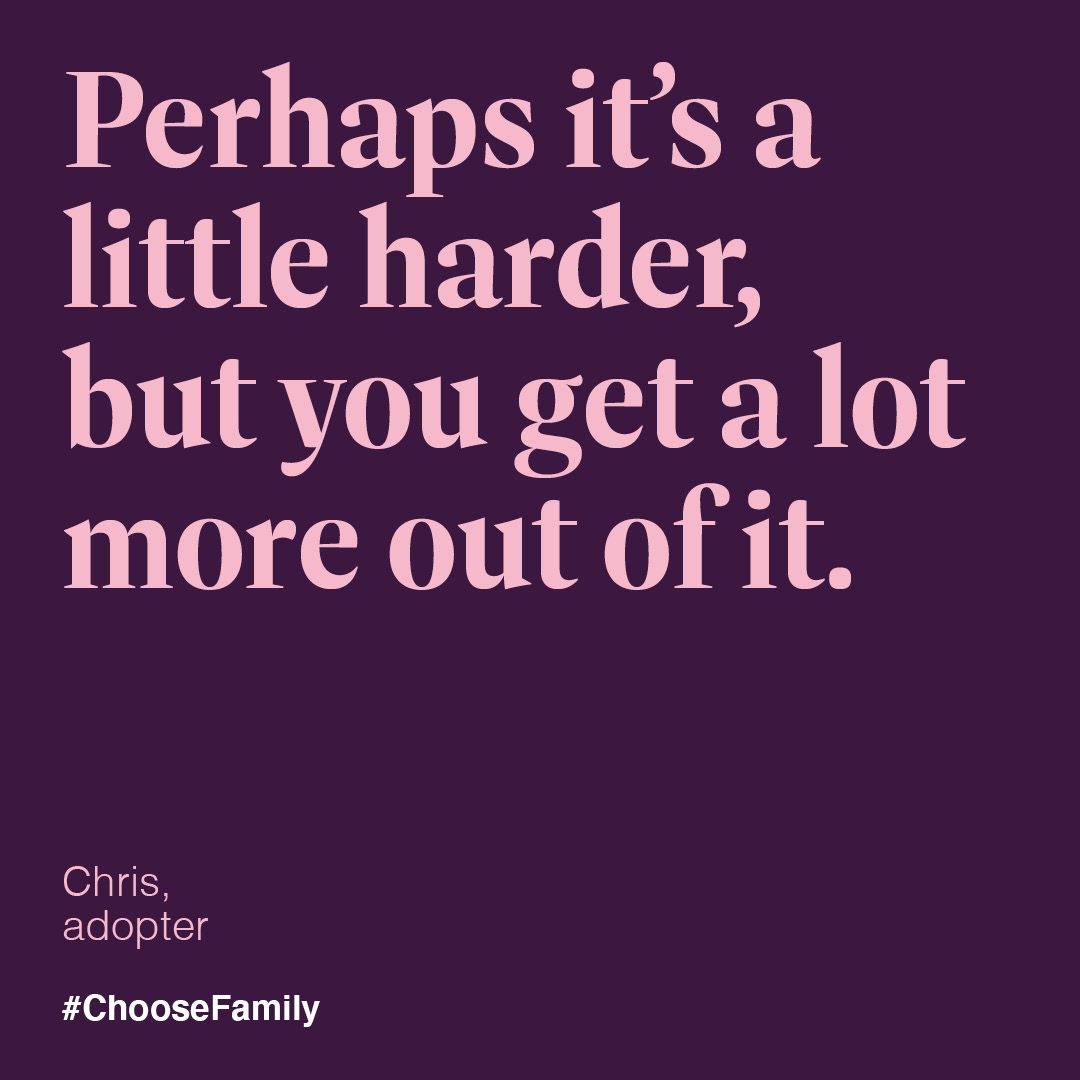 Christopher and his wife had been together for four years when they decided they wanted to have children. Unfortunately, the couple were unable to conceive and they began exploring their options.

Initially, Christopher’s wife was sceptical about adopting but after hours of research, she decided it was the perfect opportunity. The couple adopted a three-year-old girl through the Western Bay Adoption Service in 2015 and couldn’t wait to start this new chapter in their lives.

This is Chris’ story…

“Me and my wife had been together for over four years and it’s always been a dream of mine to have kids. I always thought about the idea of adoption and my wife wasn’t 100% convinced first, but after doing research she decided it was the best route for us. We did look down other routes and looked at treatments such as IUI but these weren’t successful either.

“We were definitely prepared to adopt and we couldn’t wait, the whole process took over a year which is normal but we were eager to start our lives. The first time we met her was so special and it’ll live with me forever. We were invited to her birthday party and went along with a social worker, we weren’t allowed to interact and she didn’t know who we were. But, it was such a special moment, looking over at her and knowing that she was going to be ours. It was a very emotional moment but it was exciting for us both.

“Before we met in person, we sent a few videos to each other and she was calling us mum and dad. It was great knowing that she was so comfortable with us before we even met. It felt natural for her to do this because when she found out about us, she was so excited. It was such a lovely feeling knowing that she felt so comfortable from the first day.

“She started off in her new school and adapted really well to her new surroundings. It was a big thing for her to come from being in foster care to a completely new situation. It can be hard for any children but more so for adopted children but she was so positive about the situation, it didn’t phase her.

“Our first Christmas together was a memorable occasion for us, she was shocked with the amount of presents that we had bought her. Most children would dive straight into the presents but she stood there a little shocked and overwhelmed because she’d never had that amount of presents before.

“When you adopt a child you come up against things that are going to be difficult. You come up against brick walls and you wonder how you’ll deal with it. But there is plenty of help out there especially from social workers and that helps you along the way.

“The biggest lesson I’d say my child has taught me is that whatever problems or issues you come across, adopted children tend to act differently. If they have tantrums or meltdowns, you need to remember that they may have been through circumstances which means they react to situations in a unique way.

“Me and my daughter have such a unique bond and it just shows that you can have the same bond with an adopted child as you would with a birth child.

“With any child, you will have good and bad days, but every child needs a home. Adopting an older child also means you may have to offer them more support than if you adopt a younger child. Perhaps it’s a little harder, but I think you get a lot more out of it. You get a feeling that you’ve given your child something they may never have had.”