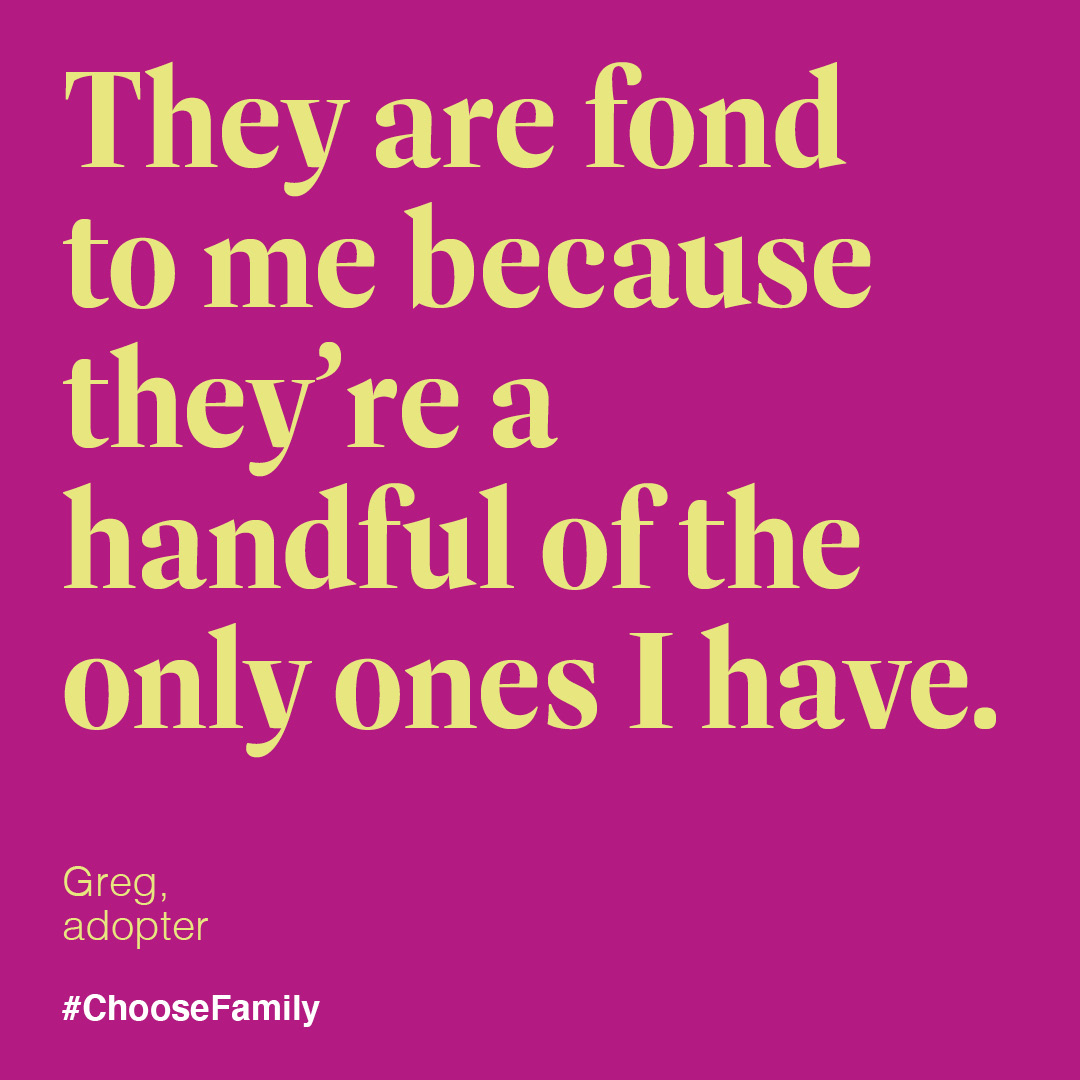 Greg, who works in IT by day and is a DJ by night, was adopted at almost seven years old. He has only a few childhood memories from before his adoption, mostly of his time in foster care.

It was around the age of eight when he understood what adoption was – and in his early teens, he discovered that his birth mother was unable to care for him due to substance misuse. Greg describes his adoption as smooth and is undecided if meeting his birth family – mother and brother – is the right decision, right now.

This is Greg’s story…

“My parents have always been open about adoption - and for me it has been smooth. I know everyone’s experience is different. Some people can suffer from post-traumatic stress because of things that have happened to them and others go on to struggle with things like education and socialising. However, I believe my experience has been positive because of the type of person I am, or, how my parents’ handled things; it’s probably a combination.

“Up until the age of about thirteen, I wrote to my birth mum on special occasions like birthdays and Christmas. But then during secondary school, sports, socialising and day to day distractions started to have an effect, and the contact naturally came to a stop. I have always kept a memory box with items from my early childhood.

“There has been a chance for me to reconnect with my birth family - but it isn’t a black and white decision. You need to be 100 per cent sure you want to do it and need to consider everyone involved who might be affected. Right now, it’s not right for me.

“I still keep a picture of my birth mum on the side of the bed. It’s something I will always cherish.”

“There have definitely been times where I have tested my relationship with my parents. I was once suspended from school for playing a practical joke on my friend. This meant my parents had to pay a fine as I had vandalised school property. I was diagnosed with ADHD which meant I was always late, forgot things and needed extra attention.

“I have about eight or nine memories of my early childhood. I remember my birth family had a dog who we’d walk up a nearby hill which overlooked the town. I remember one of my birth mum’s boyfriends getting a tattoo of a lion on his back in another room of the house. I also had chickenpox before I was adopted which I vividly remember, and I remember my hatred for eggs began in my foster home. I have a memory of projectile vomiting across the kitchen after eating scrambled egg for the first time. I am not sure how many of these memories are true as there is no one to verify them, but they are fond to me in the sense that they are a handful of the only ones I have.

“I do remember wanting a mum and dad. Apparently when I met my parents for the first time, I ran up to my dad, grabbed his legs and said, ‘This is my forever dad’, which is sweet - but a little embarrassing when it gets brought up at the dinner table.

“As a child, I didn’t have good speech development to begin with. In the video that my foster carers sent to introduce me to my parents, instead of Maths, I said ‘maps’, and mafis, instead of massive. I still don’t live that down and again is an embarrassing one when it gets brought up, but funny none the less.

“But to be honest we don’t talk about my adoption lots, I often forget I am as we are just an everyday family.”